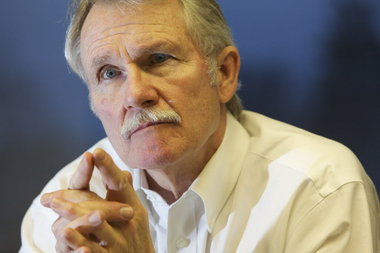 Oregon Governor John Kitzhaber hasn’t said whether he supports or opposes the proposed state sales tax in one of just five remaining states without a sales tax.

Oregon is currently one of only five states without a sales tax. This may change though with upcoming legislation. On April 15th, Oregon lawmakers held a hearing to discuss whether the state should add a 5 % sales tax on most goods and services. As written, this proposal would exclude a few items like food and medicine.

Oregon Governor John Kitzhaber didn’t give a clear opinion on where he stands on this new sales tax. He admits that Oregon needs to revise its current tax system and that an Oregon sales tax could be part of a solution. However, he also commented that he is looking at other financing alternatives.

This bill is still under discussion by Oregon legislators. However, a vote could go to the Oregon public later this year to decide whether or not the state should add a sales tax.

Read more at the OPB…

Tagged with: Oregon
Posted in Field Notes Author by Lucinda Rowlands One comment

This site uses Akismet to reduce spam. Learn how your comment data is processed.